THE MACINNESS TRILOGY BY SANDY AND HER SISTER JULIE MOFFETT IS COMING SOON TO EBOOKS AND PRINT.

In August 1692, an innocent man accused of witchcraft hangs in Salem, Massachusetts. His death reignites a deadly feud between the descendants of two ancient Scottish clans – MacGow and MacInness. Both clans have long had unusual and even mystical powers. The feud escalates until the MacGow descendant casts a black curse that condemns those men who wed a MacInness to an early death. Yet, according to clan tradition, the MacInness have one century to lift the curse. If the curse can be broken within that time, it shall be reflected back upon Clan MacGow. If not, then the curse shall be set on Clan MacInness for an eternity. Nearly one hundred years later in Salem, three sisters are separated in early childhood. None of them know about the other, and each has a unique unearthly talent – fire, sight and healing. When their natural mother returns to town, the sisters are stunned to discover they are the descendants of the Clan MacInness and have only three months left to refine their special talents and break the deadly curse . . . or lose the men they love forever.

The Fireweaver by Julie Moffett

Bridget Goodwell is the daughter of one of Salem’s most prominent Congregationalist ministers. Although Bridget is almost twenty-one years of age and long past the prime age of marriage, in three months time she will finally wed Peter Holton, a wealthy law student from a respectable family. Bridget’s future seems secure and bright. Except for the fact that Bridget is hiding a terrible secret. She is able to set things on fire by willing it so. All of her life she’s successfully hid her unnatural ability from family and friends. But just three weeks before her wedding, her secret is threatened when her childhood nemesis and first true love, Benjamin Hawkes, sails back into town with trouble on his mind. 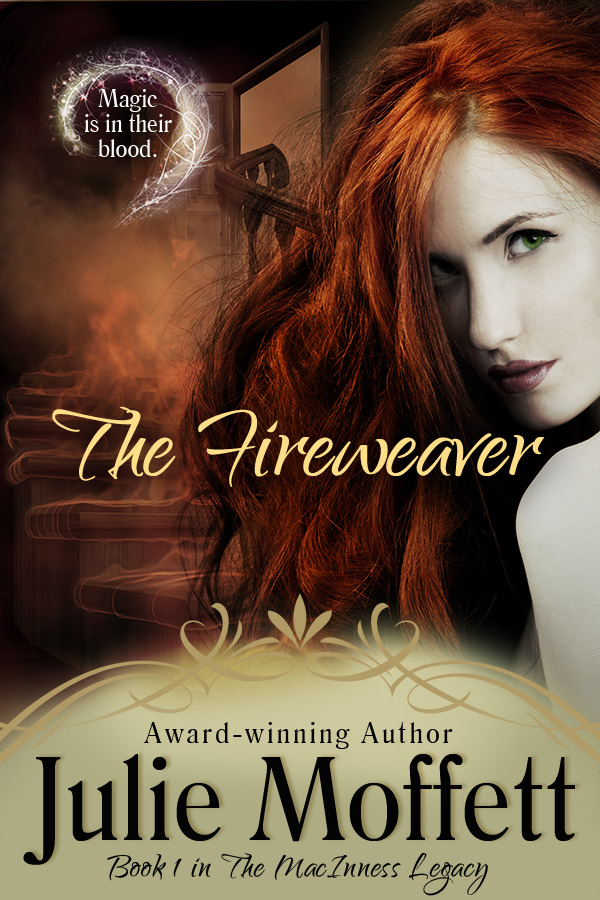 The Seer by Sandy Moffett

Alexandra Gables needs no man to run her life. Educated, witty and wealthy, she is the only child in a family with a long line of prominent scientists. Despite her gender, Alexandra intends to continue that heritage and let no man stand in her way. But her father, anxious for grandchildren, teams up with an old friend whose equally stubborn and brilliant son, Pierce Williams, has no time for a frivolous woman to slow down his life. When Alexandra is sent to Salem to help the elder Williams catalogue and sketch a scientific collection for the Royal Society of London, she has no idea that she is being dangled as marriage material for Pierce. Both are firmly determined to ignore each other, but Alexandra is drawn to Pierce’s quick wit, irresistible charm and enviable scientific and engineering skill. However, close encounters with Pierce trigger an increase in the strange prophetic visions she has had all her life – visions that have no scientific basis or explanation. When a vision reveals the destruction of a ship Pierce designed, built and will sail on, she must risk a deepening love for Pierce against the loss of his life and all her future dreams. 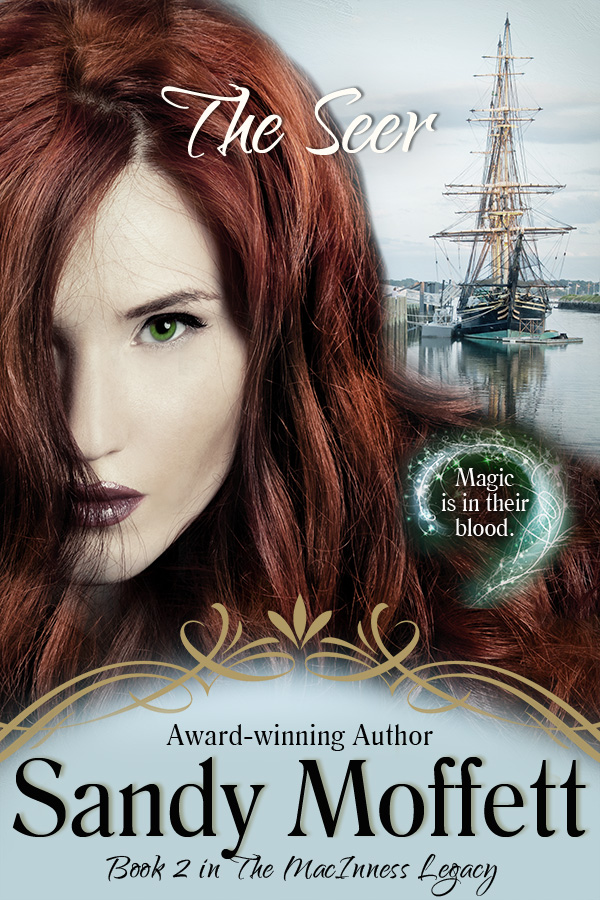 Past winner of The Lories Award Best New Paranormal Author

The Healer by Julie Moffett

Gillian is the daughter of a well-known Salem physician Zachariah Saunders and his wife, Mary. When Gillian’s father is accused of improper medical behavior, the family is ostracized to the nearby town of Gloucester. There Gillian becomes her father’s apprentice, learning all she can about medicine, botany and the healing arts. She is frightened, but intrigued, when she discovers she has an unusual ability to heal small, wounded animals by simply touching them. Her strange ability is put to the test when a young and handsome doctor is dragged to her door near death. Gillian makes him well again, but in the process falls hopelessly in love with him. It is this love that returns her to Salem and brings her face to face with the mother and sisters she never knew she had. Now she must overcome her past and help her newfound family work to lift a century-old curse before it destroys the men they love. 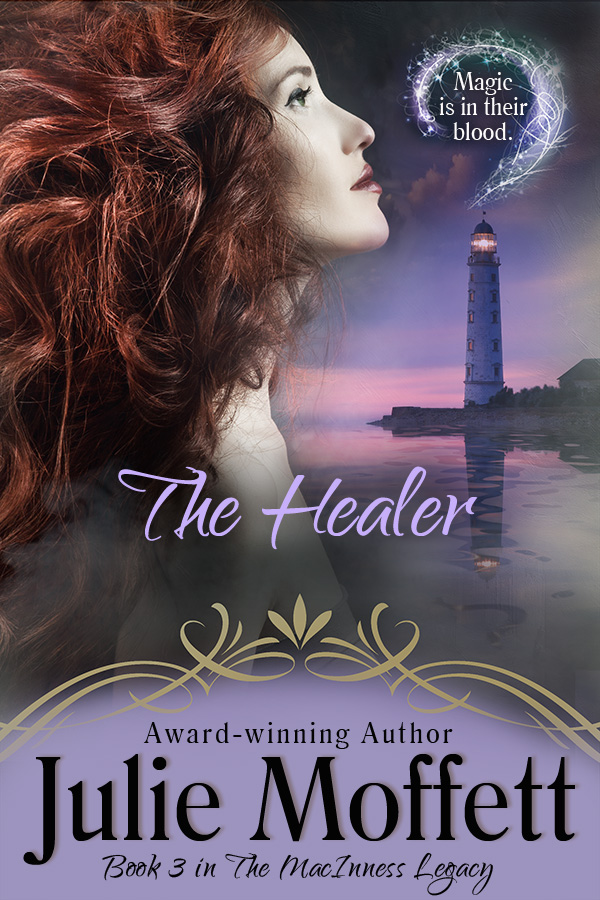 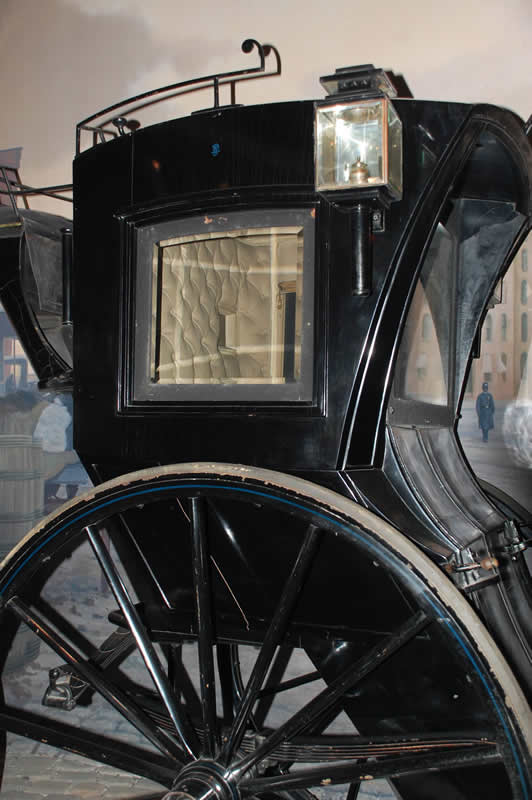 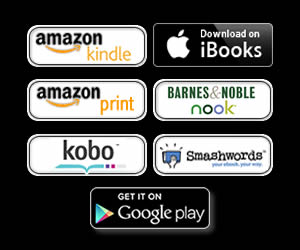